Why my blog has been MIA lately….

You might have noticed that there has been a huge lag in blog writing lately from me. It’s not that I haven’t tried. In fact, I have at least 4 that I’ve been working on and several that I haven’t even had a chance to start on. (One is my marathon recap, another is a giveaway and the list goes on…)

Things are normally busy around here but lately, it’s been in overdrive! The end of school always seems like a time when activities pick up and there are more places we have to be and things to do. Factor in my oldest son graduating from high school on the 19th and my 6 yr old graduating from kindergarten and it gets really crazy.  Oh, I didn’t mention that on the 7th my husband came down with pneumonia. He’s actually doing better but is still really weak and can’t run for a while, which is driving him crazy. My 2 yr old also got sick on Tuesday and has had a really high temp, throwing up and sore throat. The doctor said it was a “strep-like” virus which basically means that she’s having the same symptoms of strep throat but there’s not medicine to get rid of it.

We’re also trying to get our house ready to possibly sell, which is turning out to be a tad bit stressful as well. I’m also trying to fit my running into the schedule, which has been about 9:30 or 10pm…or later. 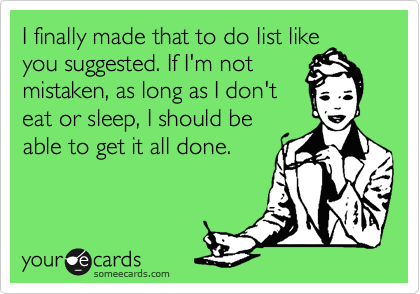 So, that’s basically a run down of what’s going on here and why I can’t seem to do a lot of writing. I am trying to make sure my SITNF Facebook page stays current and updated, which is a little bit easier to do than to sit and write a detailed race recap. Although I’m DYING to do that!! I want to tell you about the Crescent City Classic, the Rock and Roll Marathon, a crazy 10k where I got lost on the course and then the Okatoma River Run 5k, which I’d trained like crazy for and tell you what the outcome of that race was…in case you don’t already know, lol. I’m also working on a post about how I nearly didn’t make it to the marathon. I started to include it in my marathon recap but decided that you’d probably rather read a shorter version and go back and read the other part later. I will get it all done eventually but my family and the many things we have going on always comes first.

Of course, I wouldn’t trade these busy times for anything (I would like a little more time in the day though! Maybe 26 hours?). Even when the days seems long, I know these moments are fleeting in the grand scheme of things. It seems like yesterday that Tyler was Zach’s age….now he’s graduating and going to college. My 14 yr old will be in high school next year and Zach will be a 1st grader. Those nights, which are usually most nights, when I’m hanging off of the bed on my side and Jason is propping his head on the night stand because Zach and Zoe have gotten in the bed with us, can be exhausting but I know that one day the night time visits will be over. It’s those little things that are so important. They are the things that now seem to be just the normal part of the day (or night) but in the blink of an eye, it will seem like so very long ago. As you can tell, I’m on quite the emotional roller coaster, lol. You always know your kids are growing up but it’s the milestones that can really hit hard. 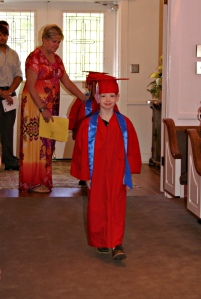 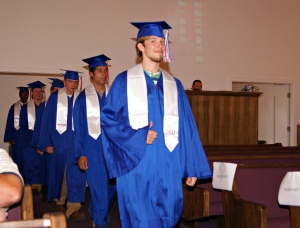 I hope all the moms had a wonderful Mother’s Day on Sunday! Mine was great. Tyler had his graduate recognition and then later that day had his Baccalaureate ceremony. That evening, the kids and Jason gave me my Mother’s Day gifts which included a pair of Nike Free Run 3.0 shoes in bright pink! 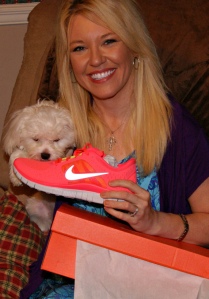 Here’s a picture from my Mother’s Day that says it all. This was not staged, by the way, lol! It’s how most of our attempts at group pictures turn out. 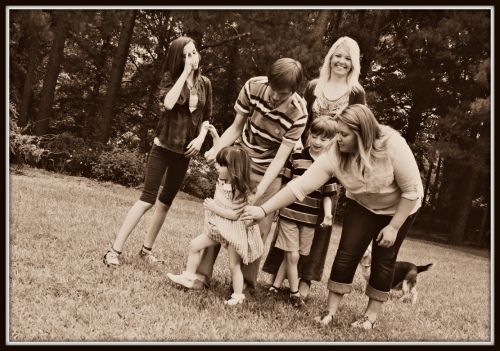 8 responses to “Why my blog has been MIA lately….”